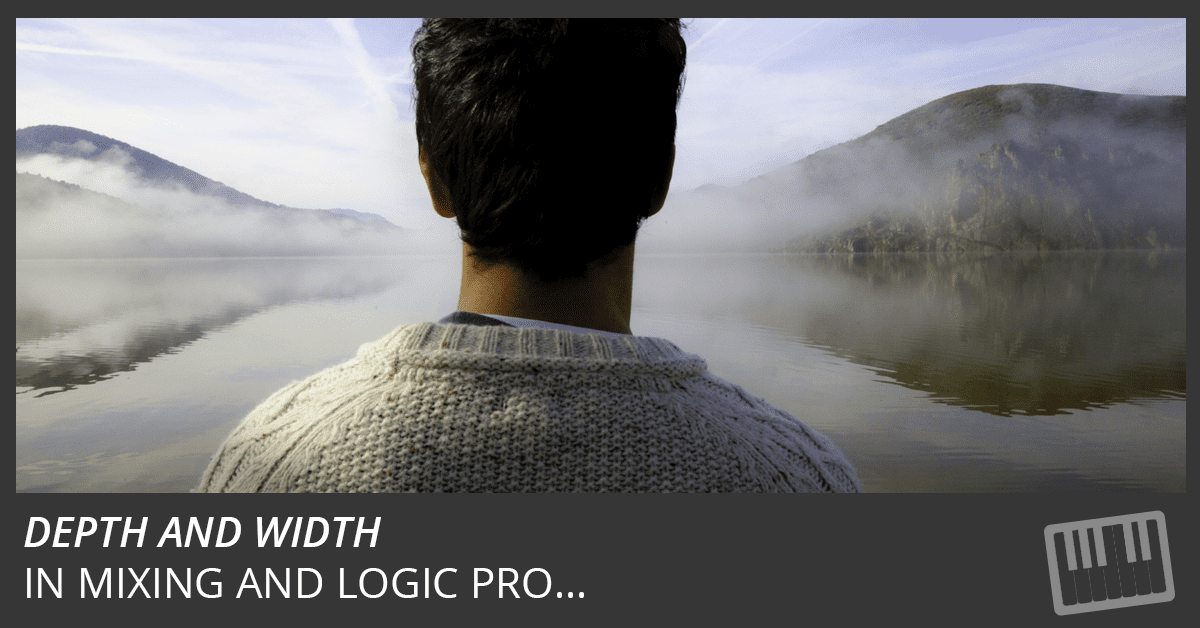 Two things to think about while you’re playing with Logic Pro this week:

Depth and Width in Mixing

First, if you’re familiar with my Mixing Cheat Sheet, you know that there are two (out of nine) important aspects of your mix: depth and width.

Depth is all about placing elements in your mix near or far. How do you do this? With delays and reverbs.

Now, the brain can only process 2-3 positions of depth: Near, mid, and far. So adjust your reverbs and delays accordingly.

Width is all about placing elements in your mix to the left and right in the stereo spectrum. How do you do this? With the pan pot.

Bass frequencies are omnidirectional (they seem to come from everywhere) so you should put them center in the mix. You can give other instruments their own space in the mix by distributing them throughout the stereo spectrum.

Beware of stereo sources that don’t need to be stereo! Stereo keyboards often sound better in mono and placed in a specific stereo location.

Depth and Width in Logic Pro

Second, you can go wide and deep in your knowledge and skill with Logic Pro.

Guess which one is the wise path…

You’re going to improve faster if you go deep instead of wide.

If you go deep, with enough time and practice, you could potentially master every tool and editor. But if you go wide, you’ll take much longer to master even a single tool!

If there’s one thing I know, creativity loves speed. And if you take too long to create, you’ll lose interest and wonder what you’re trying to accomplish in the first place.

I’m making the assumption that you got Logic Pro to create some music, right?

Don’t lose sight of that.

Deep or wide, which will it be?

Get the Free Logic Pro Mixing Cheat Sheet
Free Video, Template, and Cheat Sheet Shows You How to Get Punchy, Exciting, Professional, and LOUD Mixes FAST!

Enter your first name and email address and click the "Get Access Now!" button to get your free mixing guide.

Enter your first name and email address and click the "Get Access Now!" button to get your free mixing guide.