It’s inspiring to hear what one man can do with a MacBook Pro, Logic Studio, and an Apogee Duet. “I try to spend an hour or so a day just making up patches and having some fun with the ES1 or some other synth, trying to make up my own new sounds as well as weird drum kits,” he says. And that’s how you master Logic Studio.

While still on the road, then later in his home studio, Taylor produced most of the songs for Kala entirely in Logic Pro, running Logic’s host plug-ins and virtual instruments on the same well-traveled laptop. “Pretty much everything on Kala was done within Logic,” says Taylor.

1 thought on “Logic Studio In Action With Dave “Switch” Taylor” 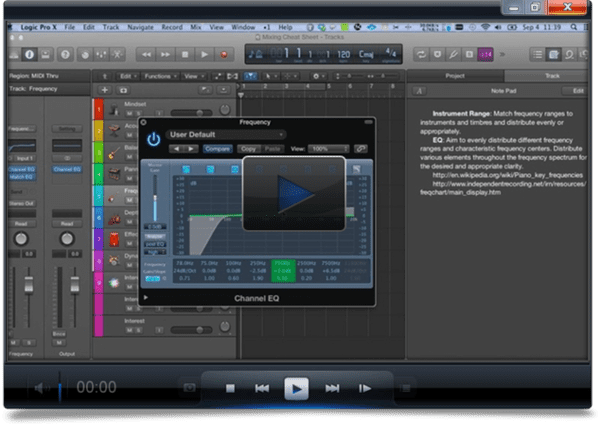 Learn how to use Logic Pro X in under 13 minutes.

Enter your first name and email address to watch:

By submitting this form you are agreeing to our Terms & Conditions.