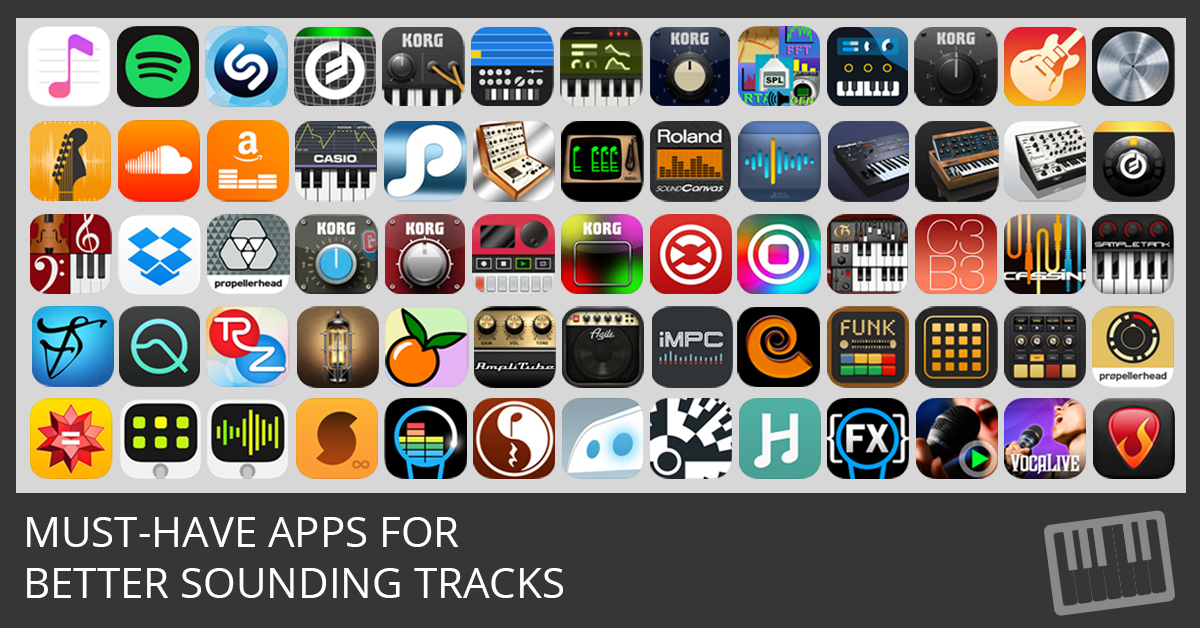 Logic Pro X comes with everything you need to sound great…

However, needs and wants aren’t always the same thing!

If you’re an iPad user, then Logic Remote should be your first download. It’s simply amazing. (Logic Remote Version 1.3 adds support for iPad Pro and iPhone). Here are 9 Ways to Use an iPad with Logic Pro X.

Don’t underestimate GarageBand for iOS and GarageBand for Mac. You can start projects on your iPhone or iPad, import them into GarageBand on your Mac, and open them in Logic Pro X for complete control.

How cool is it that you can start a Logic Pro project with the phone in your pocket?

Music Memos is the fastest and easiest way to capture and organize your musical ideas. It automatically detects the tempo, rhythmic feel, and chords you play. You can tag and rate your ideas and add lyrics and notes. Plus, you can easily open your memos in GarageBand or Logic Pro X. Music Memos is a brilliant app!

There’s so many fantastic synths on the iPad and the list keeps growing. Just take a look at KORG. I’m a big fan of the iMS-20 and iPolysix and I’ve gotten great use of them live on stage.

Moog has influenced music for decades and Moog Music’s apps are record-breaking synth powerhouses. Their interfaces make the most of small screens.

Imagine how much it would cost to pick up a working vintage Minimoog or Oberheim SEM and then take a look at the ridiculous value you get from all these classic synth emulations by Arturia:

There’s no shortage of vintage synth emulations in the App Store and these are top-notch. Give it time and your favorite classic synth will probably end up on the list. (I’m still not convinced I’ve found a worthy B3 clone but I’ve added a couple to the list anyway.)

These synths and samplers have feature sets that rival most software instruments. Except you can take them with you.

Logic Pro X comes with over 4,600 loops but sometimes enough isn’t enough. You can make your own loops and beats with these apps. My favorite beat production app is iMaschine 2 by Native Instruments.

KORG is a prolific app developer and these apps are great loop and beat makers.

Propellerhead Software has been around for a long time and ReBirth was a huge hit when it launched in the late 90s. Now you can get the classic Roland TB-303, TR-808, and TR-909 emulation with ReBirth for iPad. But you also have to check out Figure, their App Store Hall of Fame Inductee.

These drum machines will round out your list of classic beatbox emulations and futuristic beat sound design.

Ever meet a guitar player that’s satisfied with their tone? Me neither. These apps will give any guitarist a lifetime of tweaking without breaking the bank.

IK Multimedia is another prolific app developer that are featured many times throughout these lists.

There are several excellent tuners and metronomes available. GuitarToolkit has has a permanent spot on my home screen.

These apps will help you discover new music and find lyrics. SoundHound is one of my favorites because I can point my phone at any obscure jazz song I’m hearing and it always knows exactly what I’m listening to.

Logic Pro X can publish directly to your SoundCloud account so it makes sense to use it to publish your finished tracks. I also like to backup and sync all my projects using Dropbox and many of the apps in this list integrate with Dropbox directly.

These next apps should make your audio life a little easier. AudioTools is on my iPhone home screen because I’m always using its SPL Pro digital sound level meter to calibrate my listening level. Audiobus allows you to route audio between apps and it saves routing presets for fast recall.

I love turning people on to WolframAlpha. Most people don’t know it can teach you music theory too.

A musician should always be working on improving their ear. These apps make the task much easier and, dare I say, fun.

How do you figure out how to play music you don’t know? Slow it down and transcribe the music using these apps.

The days of lugging heavy fake books and loose paper to gigs are over if you want them to be. Just put your scores in these apps. forScore shines at PDFs while Notion can read and write MusicXML, Guitar Pro, and MIDI files.

My most-used songwriting and composition apps  are  were the built-in iPhone Voice Memos and Notes. Now I only use Music Memos to capture my ideas. Not only does it detect tempo, rhythmic feel, and chords, it has a drum and bass rhythm section that can accompany your ideas. Best of all, it syncs across your iOS devices and desktop computers using iCloud Drive so you can continue developing your ideas in GarageBand or Logic Pro X.

Hum aims to be your single note-taking and audio recording app and it’s rich and features as well as being easy to capture ideas but I think Music Memos has stolen it’s thunder.

When I need a rhyme, I choose between RhymeZone, RhymeNow, and Hemingboard.

There are so many amazing apps to play with but this list represents the best of the best. You definitely don’t need them all but some of them might help you be a more productive music producer. 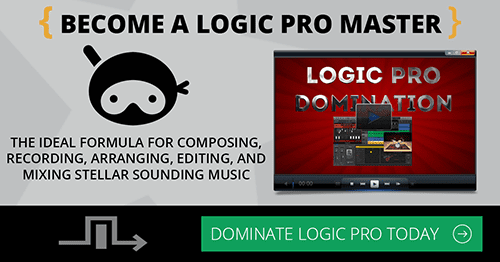 (App Store purchases made through our links help support this blog at no cost to you.)